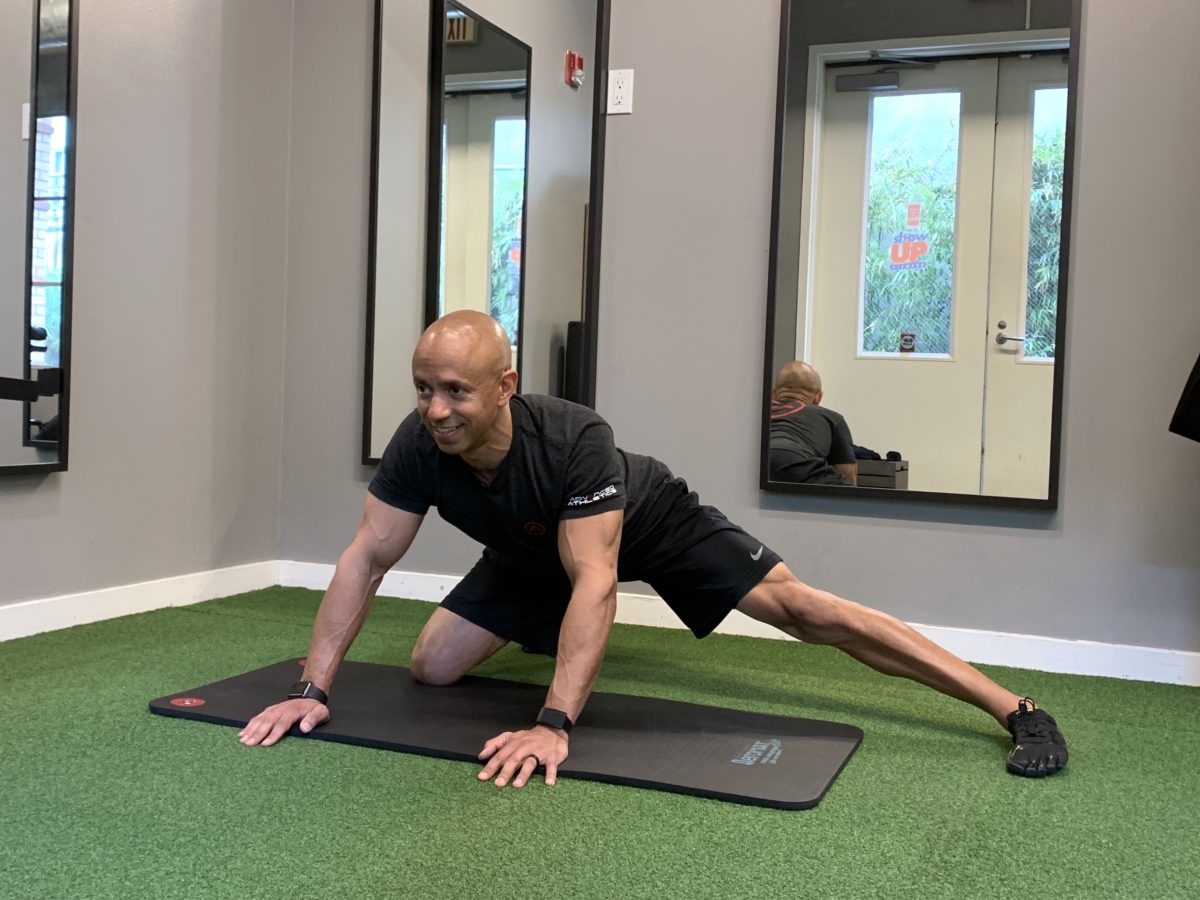 Without a doubt, hide-n-seek is the most popular children’s game…ever!

Why? Because we all love attention. And the game is a fun way to give it and receive it. It’s a WIN-WIN!

But the game stops being fun when the underused joints in your body play hide-n-seek with you … or without you.

Your dysfunctional joints are starving for your attention. And have been giving you subtle hints through lingering aches and stiffness.

If you don’t join the game soon, and play strategically, you’ll likely experience a noticeable drop in athletic performance. And over time, injury and pain.

I want you to know that you can avoid this outcome.

The way to do that is by being proactive with a daily habit to Search and Rescue those sneaky joints from themselves.

Before you begin, I want to give you some helpful insight about how your joints operate.

Joint dissociation is the ability to stabilize one joint while you accelerate another. It’s an important aspect of all functional movement.

That’s because your joints create a transmission of force when they are able to move separately. And that force is critical to your movement in sports and everyday life.

In sports, such as golf, baseball, hockey and boxing, you’ll see an obvious display of this ability. The opposing movements of the hip, low back, and shoulders can create a thunderous amount of power in your swing and throws.

But your joints stop being joints when they are unable to move separately from the others. Those immobile joints fail to share the load.

This creates a loss of efficiency, and thus an increase in energy expenditure. You fatigue faster, putting yourself at a higher risk for injury.

In order for your body to work better together, your joints must be able to act separately from one another.

Read on to learn what goes wrong when your joints are unable to dissociate, common symptoms, and why they hide in the first place.

Consequences of joints that are unable to dissociate

If a joint fails to dissociate, then the muscles that are supposed to move that joint become weak or inactive. Then, those  muscles may turn into stabilizers, when they should be mobilizers.

In addition, the other joint(s) are leaned on to handle the deficient range of motion of another joint. And as a result, they become more susceptible to breakdown. As do the surrounding muscles.

The inability to dissociate also means that you likely wouldn’t have ideal posture. And poor posture is a direct threat to your durability.

Either way, at some point, general discomfort or pain will follow. And is most often felt in the lower back, shoulder, neck, and/or feet.

Why joints hide in the first place?

1. Lingering dysfunction from a previous injury.

It’s common amongst athletes that there’s a duration of immobilization after being injured. And that resulting joint stiffness and inhibition of muscles can be persistent.

That’s why the right rehab and conditioning is necessary before returning to play.

So any related joint and muscles will likely be deficient, and lead to poor quality of movement. And a pattern of compensation. That’s where hide-n-seek becomes a high risk game of your longevity.

The reality is that most athletes come back too soon and those compensations stay with them. That is until they are sought out and returned to full function.

2. Poor quality of the fundamental movements

As I mentioned in my last article, there are 7 fundamental movements that are crucial to your success as an athlete. But they degrade without most people even knowing. That’s because it happens slowly, over time. And it’s due to the conditioning of our society and technology to spend an exorbitant amount of time sitting.

Your posture dictates where your movement begins and ends. If either end of that spectrum is deficient, then compensation will occur.

Poor alignment in your posture will create muscles that are not at an ideal resting length. And that makes it more strenuous to perform mobility or stability exercises and movements. That resulting strain around the joint instigates the unwelcome game of hide-n-seek.

If you’re not using your diaphragm to breathe, then you feed a pattern of dysfunction. Your upper chest and shoulders are called on to get involved. And this creates stiffness that can lead to a deficiency of joint mobility in those areas.

A dysfunctional diaphragm also means dysfunctional recruitment of your core muscles. This also causes related joints to hide out from the action.

5. A lack of transverse plane movements

This rotational plane of movement is vital to all fundamental movement. But it is the first to fade because it is not fed by gravity as are the other two planes (sagittal and frontal). Since gravity is a constant, the latter have more opportunity to thrive. That’s why it’s important to often emphasize some form of rotational work in your training. Otherwise, the transverse plane movement in the joints will hideaway. And create more load on the other two planes.

Next week I’ll cover how you’ll know if your joints are not properly dissociating and what you can do to fit it.

And in a couple of weeks, I’ll be releasing the second module of my Search and Rescue Mobility™ (SARM) program — the Lumbo-Pelvic Hip.

Until then, get started with the first module of the Lower Leg at the introductory price of $8.95 here.  The price will return to the regular $19.95 when Module 2 is launched.