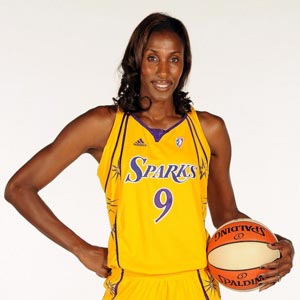 “Thanks for the first class service and helping me to achieve all my goals!”

Plays basketball for the Los Angeles Sparks in the WNBA. Currently she is the WNBA all time leading scorer. In 2001 she was awarded the WNBA “All Star Game M.V.P.”, “League M.V.P.”, “Playoff & Championship M.V.P.”, and lead the Sparks to be the WNBA Champions. She recently became the first woman in the WNBA to dunk a basketball during a game.